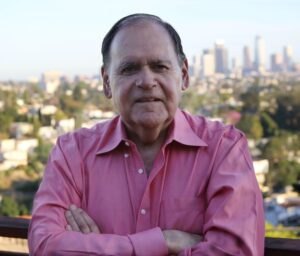 Anthony Mora is a novelist, playwright, director and producer  whose writings have been compared to Fante, Cheever and Salinger.  Anthony has been featured in the New York Times, The Huffington Post, CNN, the BBC and other media. His first novel was BANG! A Love Story. Linda Cardellini starred in the original play adaptation of BANG! in Los Angeles and New York. Anthony, who served as the playwright-in-residence at The Sidewalk Studio Theatre, has had several plays produced including P.O.P.: The Principles of Perfection, Modern Love, and Silencing Silas. His second novel, Virtual Velocity: An L.A. Story, was published in 2019.  His play The Revenge Sessions will be filmed in play form in 2022.  His newest novel, Hang Fire, will be published in 2023.

In 2020 Anthony co-founded Swan Place Productions with Ann Convery.  The company’s first film Exposé, was written by Ann, was nominated for best U.S. short film at the Seattle Film Festival.

WHAT THE MEDIA IS SAYING

“A blend of Nabokov and Bret Easton Ellis… Arresting… a refreshing unpredictability of what will happen from one moment to next.”